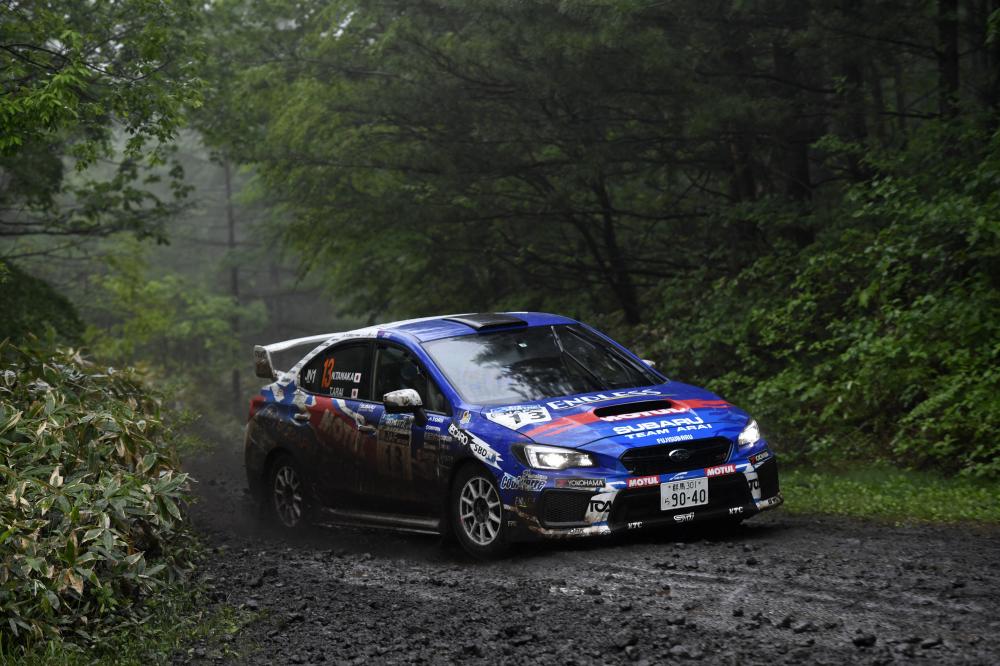 During the rainy season, Monterey 2019 was hit by rainfall.
For top class JN1 class Arai, it is an important battle that takes five consecutive years of championship.
No, 13 Torai Arai / Naoya Tanaka (WRX STi) succeeded in achieving that.

This victory, which will be the second victory of the season, is a battle to commemorate the No. 15 Hiroki Arai / Noriyuki Kosaka (WRX STi) entering the third place and becoming a podium for parents and children.
However, this year's Monterey 2019 is not limited to that alone, No. 14 Takuma Shimada / Hiroyuki Suzuki (WRX STi) receives a checkered rage in the second place, WORK WHEEL will be the players to monopolize the podium, WORK For us, we were able to make a historical achievement.

Also, at the same time Asia Pacific Rally / Japan Super Rally, former F1 pilot No. 8 Heiki Kobalainen participated in the class (Sakai Ko Dora Kitagawa), who won the fourth place in the class, but actually Kovaainen WORK WHEEL is also mounted on the machine of.

With everyone's support, the team was able to leave a brilliant record while troubles etc. began to appear on rough roads in bad weather.
Thank you very much.

The stage for the next game is Hokkaido, 2019 ARK Rally Kamui.
Thank you for your support.