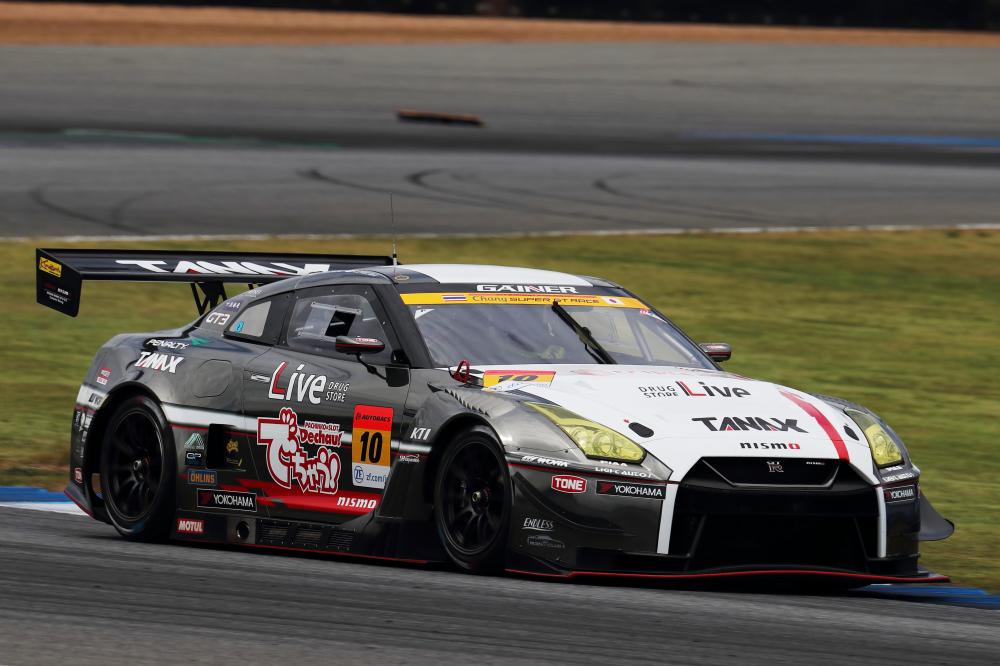 From the opening lap to the pole position No. 25 HOPPY 86 MC, the No. 56 Realize Nissan Nissan University GT-R came close to the second start No. 56, and when it came to the top, it started to pull off the following.

On the other hand, the No.7 D'station Vantage GT3 and No.10 GAINER TANAX triple a GT-R, which raised its position from behind, were approaching behind the 25th car.

In the middle stage, an accident of contact between GT500 classes occurred, the machine stopped on the course, and a safety car was introduced.

And Ishikawa won his first victory in SUPER GT.