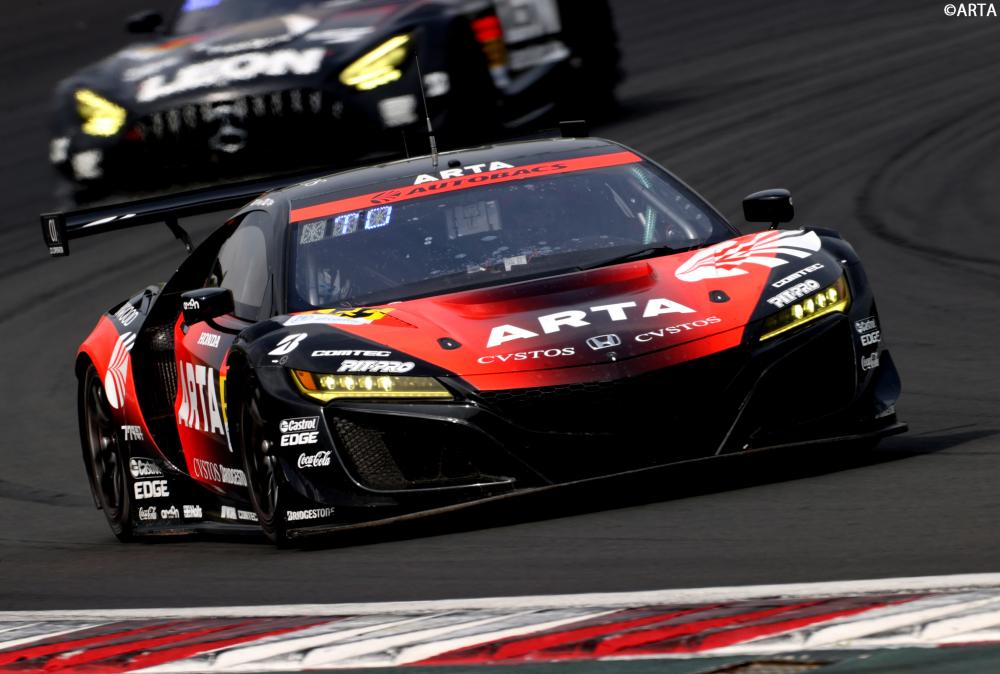 JAF-GT started in the GT300 class on this day. That is, we have to eat the spurt of a lightweight machine someday. However, on lap 34, the #55 ARTA NSX GT3, which had risen to 4th place on the lap 34, continued to move up to 3rd place on lap 38 without slowing down, and received the checker as it was to win 3rd place.

The next race will be Suzuka, only two weeks later.
Thank you for your support.