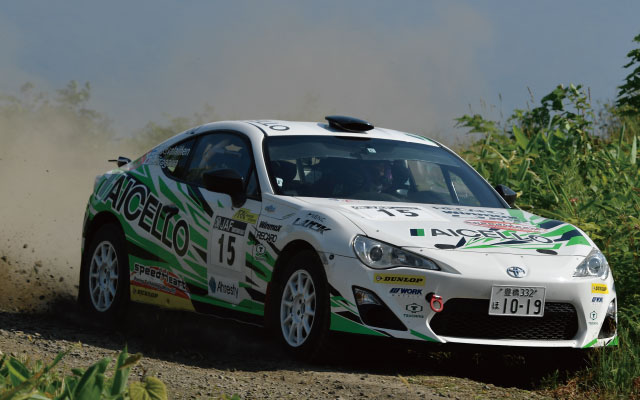 We will report the results of each WORK wheel-equipped player in the 7th round of the All Japan Rally Championship "2021ARK Rally Kamui" held from July 2nd (Friday) to 4th (Sunday), 2021.
Rally Kamui is a gravel competition with 12 special stages and a total rally distance of 395.48km.
After all, we set up a watching area limited to 100 people each day, and the holding of spectators since 2019 attracted a lot of attention.

In the JN1 class, Toshihiro Arai / Naoya Tanaka, who had been in trouble for some time, was on the podium in 2nd place, and Takuma Kamada / Yuichi Matsumoto was on the podium in 3rd place for two consecutive races.
Hiroki Arai has not participated this time due to injury.

In the JN3 class, I missed the victory, but Kiyoji Yamaguchi / Mami Yamamoto won the podium in 2nd place.
Takashigumi Sone / Shizuka Takehara and Katsuhiko Tsutsui / Tomotaka Furukawa are both retired.

The WORK WHEELS wearing team is active in all classes and is on the podium.

Next time he will be Yokote Rally 2021 (Akita) on 8 / 20-22.
The next race is also a fierce battle inevitable gravel (unpaved) rally.
Let's look forward to the end of the series at the All Japan Rally Championship, which has four races left.
We look forward to your continued cooperation and support for WORK users.