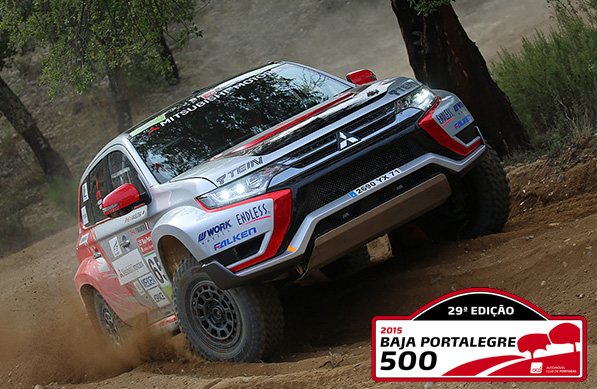 Was held in Portugal, "2015 BAJA PORTALEGRE 500" to wearing the original wheel of WORK Mitsubishi OUTLANDER PHEV is war in October 2015, was impressive finish.

"Baja Portalegre 500" is sponsored by the Portuguese Automobile Federation
In cross-country rally, Alentejo near the border with Spain
To base the local ancient city of Portalegre, special stage about 440km,
It is contested in the total travel distance of about 670km of liaison about 230km.
Cross Country Rally International Automobile Federation (FIA) is sponsored by -
Also in the World Cup it has been incorporated as a Round 10,

It is scheduled to be the world's challenge to the harsh Dakar Rally
Also known by giants gather, four-wheel for the entire event, the two-wheeled,
A total of more than 300 cars will be competing in the buggy.