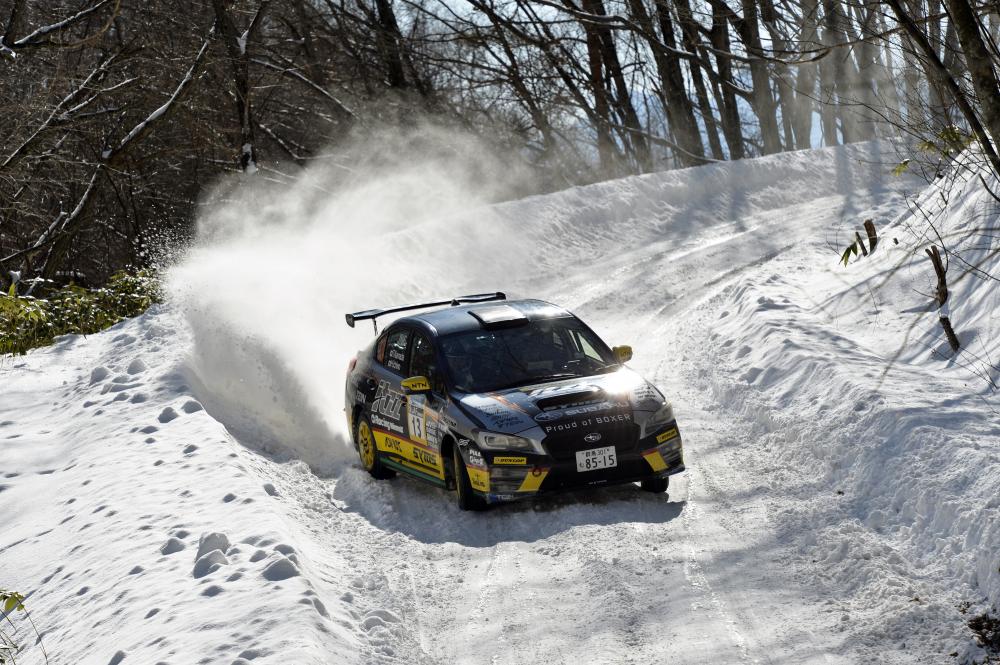 The All Japan Rally Championship Opening Rally Rally of Tsumagoi was held from February 2nd to 4th at Tsumagoi village in Gumma Prefecture.

The opening race of 21 SS total number, the total distance 410.155 Km, including Arai / Tanakami that lead by SS 1 retaliated from mission troubles and others from the beginning.

However, taking the top from the first day, Kamada / Ichino (itzz DL SYMS WRX STi) who won the victory as it was.

It has become a tournament now with good results shining, such as hitting 3 consecutive best times on the way.
※ Wheel mounted WORK M.C.O RACING TYPE-GV