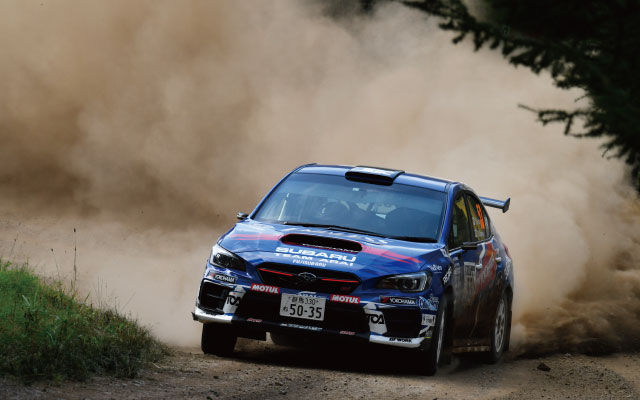 We will report the results of each WORK wheel-equipped player in the 9th round of the All Japan Rally Championship "RALLY HOKKAIDO" held from September 11th (Sat) to 12th (Sun), 2021.
An emergency declaration was issued throughout Hokkaido, and there were changes such as the SS distance being shortened due to a sudden change in the rally schedule, but each player's fierce battle was fought.

In the JN1 class, the resurrected Hiroki Arai / Noritaka Kosaka are in 2nd place, Takuma Kamada / Yuichi Matsumoto are in 3rd place on the podium, and Toshihiro Arai / Naoya Tanaka are retired due to machine trouble in Leg1 Sec2.

In the JN2 class, Katsuya Nakahira / Masahiko Shimazu won the podium in 2nd place. Heikki Kovalainen / Sai Kitagawa did not participate in the overwhelming number of wins.

RALLY HOKKAIDO, one of the three major rallies, is not straightforward.
Although it was a tough race, there are two teams with work wheels in the JN1 class and the podium in the JN2 class.

Next time he will be his M.C.S.C.Rally Highland Masters 2021 on 10 / 15-17.
The next race is the tarmac rally.
Let's look forward to the end of the series at the All Japan Rally Championship, which has two races left.
We look forward to your continued cooperation and support for WORK users.