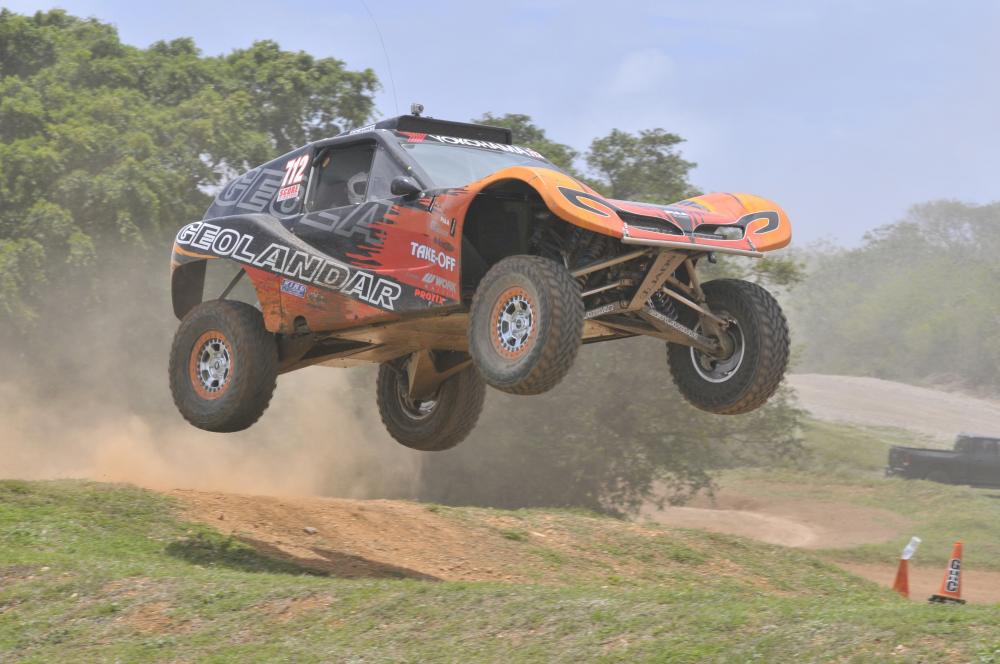 
This year also "BAJA 1000 's most famous Japanese" Mr. 参 participates in Sumokin' Whels popular as a super hard "sprint endurance race" which is done in a jumping rough course. This year it was extended from 3 hours to 4 hours, and it became a more rigorous race.

Even though the qualifying greeted satisfactorily, the V6 engine was bad for the Baja-specification heavy body, and the 27th race was in the beginning of the qualifying seventh ranking in the worst part. However, this is almost aimed, the best position to not get caught up in an abnormal high pace right after the start.

The final which greeted is heavy rain from the night before and the course is the worst condition of the muddy. Machine is rampaging and a series of accidents. Meanwhile, as planned, as running while keeping the machine at the end of the top group of the top group, the rival dropped out one by one, and as of 2 hours and 40 minutes from the start, the radio of "1st place now" from the pit .

However, almost baffled by the corner, which brought him to the top takeoff at almost scheduled timing, the rear buggy is rear-ended by a no-brake. Unfortunately the front tire of the buggy bite into the rear tire, a big pinch that can not come off at all! Eventually, this accident dropped to 4th place about 4 laps behind. It seemed hopelessly to recover with less than 1 hour remaining.

However, there was no damage other than the cowl on the luck, and there was no accumulation damage at all, thanks to the first half of the sparing run. Therefore switching to the running of the sprint race, the full attack started successfully!

Many rivals slowly pace down from accumulated damage. Steadily pursued steadily back to the top again in the remaining 20 minutes, goal as it is. It was the same lap as 40 seconds, which was the 2nd ranking tormented to the end.

Although there was an accident, it was the greatest victory cause & harvest that the tire was not exchanged from the practice day to the goal and there was no machine trouble at all.