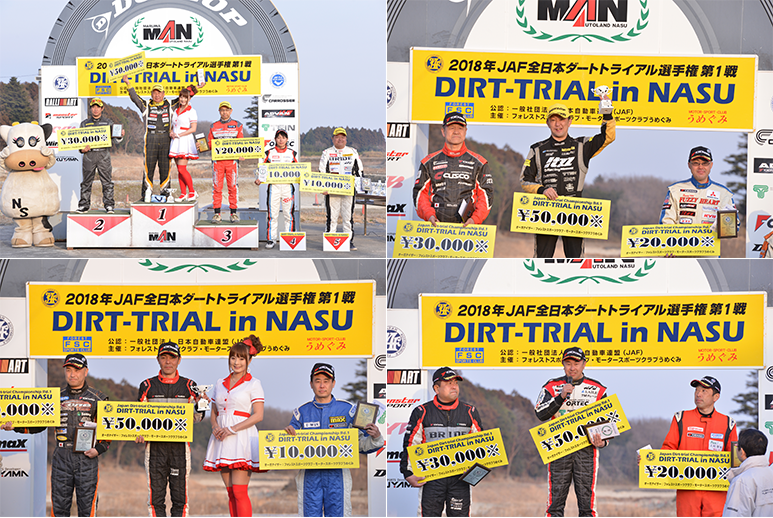 DIRT - TRIAL in NASU was held from March 17th to 18th, and this year 's fire was cut off by the success of WORK M.C.O RACING TYPE GV equipped players.

Many work motor sports scholarship entry players have also participated this year, but also four people won the winners in the first game.

In the PN 2 class, as the main feature of this year, or with the participation of the Swift turbo, last year's season champion Kawashima decorated the stone victory.

Kamada won the SA2 class with the time difference overwhelming others and decorated the debut win with a new tire.

In the SC1 class, Sato won the pound with a gap of 3 seconds or more at 2nd time.

In the SC 2 class, this is also the second largest gap and Taguchi is decorating the victory.

It is still the first battle, yet it is an important first game playing a role in the future.

The all-Japan dirt trial which inevitable conflict war has begun this year.