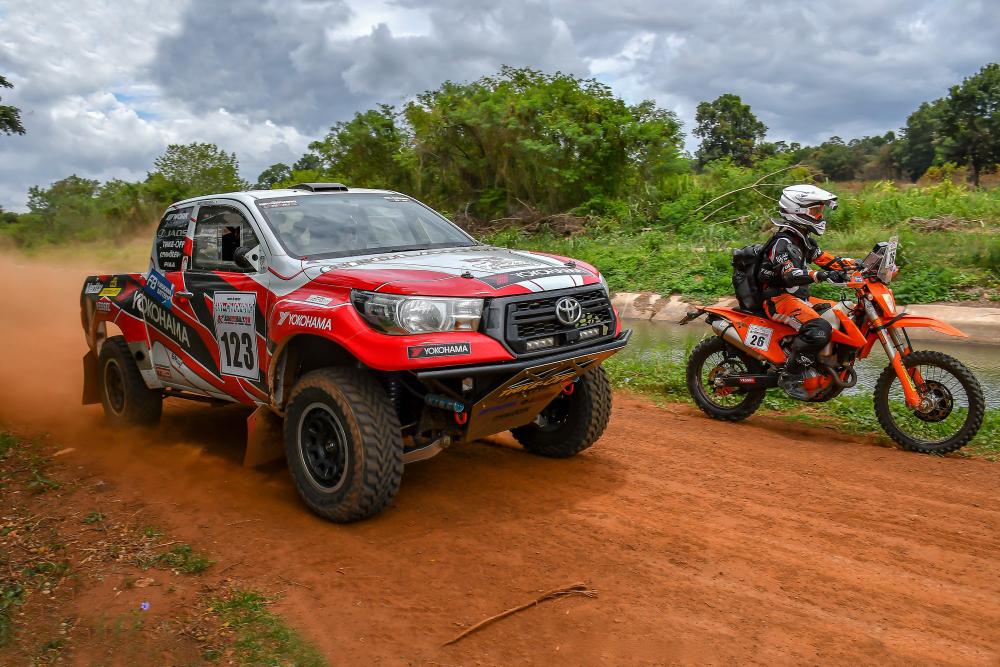 TEAM GEOLANDER Mr. Ikuo Hanawa at the Asian Cross-Country Rally 2018 which started from August 12, 2018 and continued 18 days, is a Toyota Hilux REVO and T1-G (a commercial car remodeling petrol engine class Participate in the.

Asia Cross Country Rally is a rally beyond the border that departs Thailand Pattayatat, spending a week with Phnom Penh Cambodia as the goal, and is a rugged technical ride with a rough road that changes the course layout every year.

On the way, I had a chance to cut into the top.

However, although it seems to be overseas rally, there is a sudden stack of the preceding vehicle, which will be stacked even if steering is operated to avoid this, this big loss is the decision hit, and the T1G class 8th place, It was finished at 20th overall.

The ranking is also important, but in the rally competition where the return rate is low in the race world, I was able to make the result of finish and running which will be connected next, feeling full of the performance of the new machine.